Madeline McKenna
Madeline is a senior at Neshaminy High School, where she is a  member of the Select Choir and select drama group, Roadies. She's played Portia in the NHS production of Something Rotten and Meg in Neshaminy Summerstock's production of Phantom of the Opera. Madeline is also an accomplished dancer, studying since age three and dancing competitively for the last five years. She's studied voice with Susan Rheingans for three years.
​

Janki Namboodiripad
​Janki is equally at home in both opera and musical theatre, having sung the title role in Amahl and the Night Visitors for Boheme Opera New Jersey, Princeton Operanauts and Kyrenia Opera in Cypress, and The Woodcutter for The Opera Project's production of In a Grove, as well as performing the title role in Moana, Babette in Beauty and the Beast and Elsa in Frozen for Acting Naturally.  Most recently Janki sang the role of Madame Giry in Neshaminy Summerstock's production of Phantom of the Opera. In 2022, Janki placed second in the upper division of the Eastern Region of the National Association of Teachers of Singing (NATS) competition, which qualified her for the National competition where she was a semi-finalist. She was also a finalist in the Bucks County Choral Society Voices of the Future competition and a semi-finalist i the Classical Singer Magazine national compoetition. Janki is in 12th grade at Pennsbury High School where she sings with the Chamber Choir.  She is a recipient of a Langhorne Council for the Arts scholarship, and has studied voice with Susan Rheingans since 2018.

​Andrew Neiman
Andrew is a senior at Neshaminy High School,  where he is a  member (and bass section leader) of the Select Choir, Concert Choir and Men's Choir. He is an accomplished pianist and plays with the NHS Jazz Band and is also a member of the select drama group, Roadies. He has sung the roles of Nigel in the NHS production of Something Rotten, Mr. Mushnik in Little Shop of Horrors and Michael in Matilda, as well as the role of Mingo in Neshaminy Summerstock's production of Crazy for You. In 2020, Andrew was selected to sing with the  PMEA District Choir, and won first place in the Mens' Music Theater Division of  the New Jersey Chapter of the National Association of Teachers of Singing competition, as well as first place in the NATS Eastern Region competition. Andrew has studied voice with Susan Rheingans for three years, and is a 2022 recipient of a Langhorne Council for the Arts scholarship.
​ 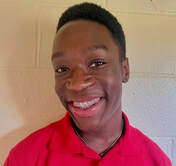 Christopher Yengbeh
Christopher is a junior at Archbishop Ryan High School and a recipient of a Ryan Theater Scholarship. In addition to being an active member of the Drama Department, Christopher sings in the choir and is a member of the Ryan Chapter of the Tri-M Music Honor Society. Christopher has played Gabey  On the Town and King Triton in The Little Mermaid, both at Ryan. In 2021, Christopher won First Place in the Mens' Music Theater Division of the New Jersey Chapter of the National Association of Teachers of Singing competition and in 2022, won First Place in the NATS Eastern Region. This summer, he participated in the Summer Musical Theatre Program at University of the Arts. He has been a student of Susan Rheingans at Settlement Music School since 2019, and was awarded a Settlement Music School merit scholarship last year.